We all know Trayvax wallets are made for folks who love the outdoors and a good adventure.  We also know their wallets look really wild and gnarly.  They have a tactical style to them that might look “interesting” when running through an x-ray machine.  So are all Trayvax wallets TSA-approved? (Or is that TSA-compliant?)

Trayvax assures us on their website that ALL of their wallets are designed to be compliant with TSA guidelines (which is great), but research shows that folks are still getting stopped, questioned and (at the very least) slowed down when a curious agent wants to have a closer look at this cool little wallet of yours.  Below we’ll take a closer look at each specific wallet and what might slow you down if you’re late for a flight. 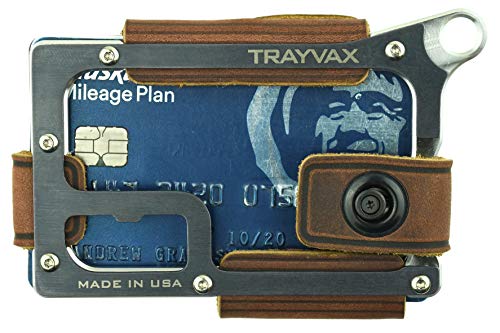 The Contour is probably the least “tactical” of all their wallets. Its design focuses on quality, precision and all of things we love about Trayvax, but it doesn’t look like anything suspicious under an x-ray.  It will definitely set off the metal detector, though, so make sure you remove it from your pocket prior to going through. Based on what we know and have seen, the Contour shouldn’t give you any trouble when traveling. 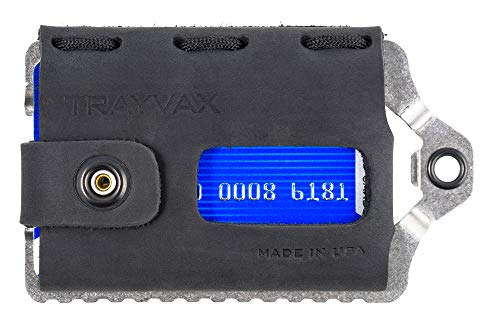 The Element has more of an edgy feel to it – literally. One of the sides has ridges along the outer edge (for grip).  A common question that we often get, “are any of the edges sharp?”  The answer is no.  This wallet wouldn’t work very well in the front or back pocket if the edges were sharp.  That said, when placed under the X-ray machine the ridges appear serrated.  We’ve seen several folks comment that their wallet has been pulled aside to examine while going through security.  None have been confiscated though.

Recommendation:  Don’t leave your wallet in your carry-on or briefcase.  This seems to be when they have the most trouble.  Take it out and put it with your watch, Chapstick and coins in that little bowl.  It seems to draw less attention that way. 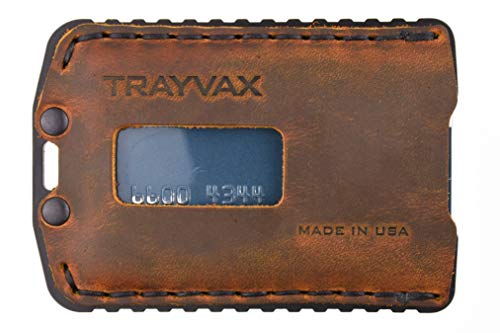 The Ascent will probably run into similar situations as the Element (mentioned above).  With a double “notched” edge, it can appear to be serrated or sharp under the TSA’s x-ray machine.  That said, we haven’t really seen or spoken with anyone who’s had any issues with this specific wallet, so it’s probably good to go.

The Axis is very similar to The Original (which we’ll run though next), but without the bottle opener.  Being that it’s made out of steel it will definitely set of metal detectors, but it shouldn’t give you any issues going through an x-ray machine either in your briefcase or carry-on.  No one has made any mention of The Axis giving them issues through security. 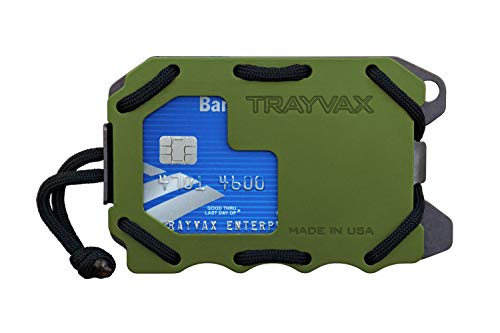 The Original tactical wallet by Trayvax.  This wallet IS TSA-compliant, but version 1.0 was (by far) the one that gave people the most trouble getting through security.

The issue seemed to be the bottle opener on the end.  This particular style of bottle opener had a sharp tip that raised a few red flags.  While it would be difficult to use this as a weapon, it definitely looks strange going through an x-ray machine.

If you still have one of these original wallets, be prepared to explain to some unsuspecting TSA officer how this is actually your “wallet” and it’s not a knife of sorts. As you can see by comparing the pictures, the new bottle-opener design for the 2.0 version is much less likely to draw attention.

Verdict: The wallet is technically TSA compliant, but that still doesn’t stop TSA agents from slowing you down with questions and further examination.  We have even seen a few regular travelers remove the bottle opener (maybe with a small saw?) just so security won’t slow them down.  Our suggestion, buy The Original 2.0 instead if you like the design/style of The Original. 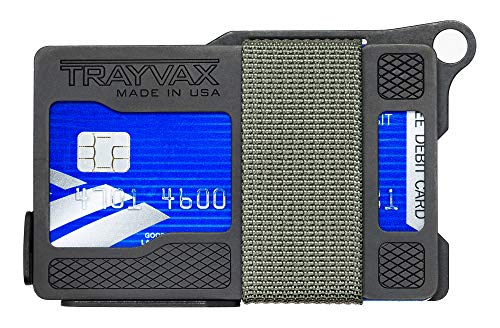 The Summit is their “most” minimalist wallet if that’s possible?  It’s completely stripped down to bare essentials…meaning:  it won’t give you any issues getting through security at the airport.  There are several accessories you can pair with this wallet, each of which is safe as well.  The armor plate, wallet comb, and leather notebook cover shouldn’t give you any issues.

TSA Compliance – How To Get A Tactical Wallet Through Security

It’s an important thing to note that there isn’t really any way to guarantee that a wallet (or any other accessory for that matter) is actually TSA-compliant. Guidelines are just that – guidelines – not hard and fast rules, and TSA officers have a lot of discretion.

The best thing you can do is to make life as easy as possible for a TSA officer. Always being polite and professional is a good start, but put yourself in their shoes for a minute. Which is easier for you – seeing something “interesting” on the X-ray and having to pull someone aside to open and check what’s in there? Or having someone place their wallet (clearly visible as a wallet, with credit cards and everything) in the change/watch/jewelry tray where you can pick it up and instantly see what it is (and feel the edges)?

Make it easy, be polite, you’re less likely to get something confiscated if it’s on the borderline. Just human nature …..